Her reasoning—if we teach our daughters to pleasure themselves, they will learn that this is something they can do FOR THEMSELVES. So when the first boy comes along who does the things that make her toes curl, she will not associate this kind of pleasure with another person. She will know the pleasure is coming from HER OWN body. She will know that this boy IS NOT A WIZARD (forgive me, I’m paraphrasing). A girl may be less inclined to stay with a boy who doesn’t treat her well, or less inclined to be constantly seeking that NEXT boy to engage with sexually—because she will know that, like Dorothy, SHE has the power all along.

At the time, I had a two year old and a newborn—both girls. Talking about sex with them was a long ways off (not so much, anymore). I found myself sitting there in complete conflict about what I was hearing. My mother NEVER talked to me about sex. We never even talked about menstruating, never mind about masturbating. I can’t think of anything more mortifying than having had that conversation with my mother. Still, it made sense. I filed it away in my mind as something to consider down the road. Something to chat about with other mothers of girls. Probably not something that would end up in my mothering repertoire.

As the years passed I found myself in an increasingly unhappy marriage. A marriage wherein affection was sparse. He never told me I was beautiful. Or smart. Or funny. Or kind. Or a good mother.

And I needed him to say these things in order for them to be true.
(Read that again.)

I was a shriveling houseplant.
He was water.
He was sunlight.

I posed for a photo shoot done by some friends who were trying out a new concept of helping women to feel seen through photography. To feel empowered. They posted my photos on Facebook. I sat on the couch with my computer in my lap, watching as my Facebook blew up with lovely comments over the photos of me. Across the room my husband was looking at the same pictures and his first comment was, “Whose shirt is that you’re wearing?”

“Look at ME!” I screamed silently through the internet….from the other side of the room.

An old boyfriend reached out to me on social media, and we began to chat. He would write that I was incredibly sexy. And the smartest woman he knew. That he respected me. Admired me.

I was hooked.
He was water.
He was sunlight.

Despite therapy, nothing changed in my marriage. And after a while I resumed the messaging. I’m not proud of that. I was so thirsty.

I needed water.
I needed sunlight.

Where else would I get them if not from him?
Surely THIS is where it is kept?

When my husband told me he knew about the messaging, I felt like a scorned child who’d gotten caught playing with something she wasn’t supposed to. I was ashamed.

Looking back I realize this was the moment I knew our marriage would not be saved. Not because of the “emotional affair” as he called it, but because he had known for a long time about these communications, and had said nothing. And then—when he told me he knew—it was in an email, sent while we laid side by side in bed.

Where was the passion? Where was the jealousy? The outrage?
It was further validation of the fact that I was unworthy.
Of water.
Of sunlight.

And the old boyfriend? I was only irresistible when I was unattainable. When he saw my marriage going down he did not want to be counted among the wreckage.

No more water.
No more sunlight.

About a year after my divorce, I went on a date. The man was poetic and dreamy and said the words I needed to hear about myself. “You are so beautiful.” “I wake up in the middle of the night longing for you.” “You are a wonderful mother.”

When he took it away abruptly, I begged to have it back.
Just a splash. Just a beam. Please.

Just when I thought he would never feed me again—I’d feel a drop of rain, a flash of light. And then I’d wait, with my hands cupped. With my face tilted to the sky. Thank you. This will sustain me a while. Surely there will be more to come.

Upon refection I have come to realize that this pattern did not begin with my marriage. I chased after a man—a boy—from high school all the way up until he became engaged to be married ten years later.

Another man in my twenties, the same…I coveted him until he was no longer available.

Recently this particular man returned to my life—offering water, and sunlight. But I didn’t want it. If he was offering it so freely, I thought there must be something wrong.

This pattern has been a hard one for me to recognize or acknowledge, because I have had no fear of being alone. I’ve spent way more time single than I have in relationships. I am independent. I am not lonely.

I do not seek to have just ANY man in my life in order to fill a need. What I do instead is to appoint someone as the assessor of my self worth. (I think you can guess that this person has NEVER been ME). They may have this job for many years, until the torch is passed to the next man I deem worthy of this title.

How does one gain this dubious honor? He must simply water me and warm me in the light of his affection…and then, take it away.

Tell me I’m worthy, and then make me doubt it. I’ll be hooked for years.

This revelation has been—as you can imagine—unsettling. I’ve been in a bit of a tailspin about it. How do I get to a place wherein receiving love freely and abundantly from a man will feel…normal?

To where I don’t feel there must be something wrong with him if he thinks I’m worthy…not just in the beginning, but——STILL?

To where, upon having someone withdraw their affection, I won’t be inclined to believe this simply means I must work harder to prove my worth?

To where I won’t place my beliefs about what I deserve in the hands of someone who may never have even volunteered for the task. (Whether it was a willful endeavor or not, it was never his to have.)

This morning I sat with my coffee, reading a book by Brene Brown, “The Quest for True Belonging and the Courage to Stand Alone.”

And I don’t know why, but I thought of that interview years ago, with Oprah. TEACH THE GIRLS THAT THEY HOLD THE POWER WITHIN THEMSELVES.

It seems to me that teaching our daughters how to self-satisfy goes WAY beyond sex. I know that feeling powerful when it comes to sexual pleasure is just the tip of the iceberg when it comes to a woman’s self esteem and personal power. But teaching our girls ownership of and appreciation for their own bodies seems like an excellent idea, doesn’t it? Just one more way of teaching them that they don’t need someone else in order to feel good about themselves.

And I must teach my girls to appoint no one but themselves as the ASSESSORS OF THEIR OWN WORTH.

I understand wholly and humbly that I can ONLY teach them by example.
By being worthy…of myself.

I want each of them to know she has EVERYTHING she needs WITHIN HERSELF. What a man chooses to offer—or to withhold—is no reflection of her worthiness.

SHE is water.
SHE is sunlight. 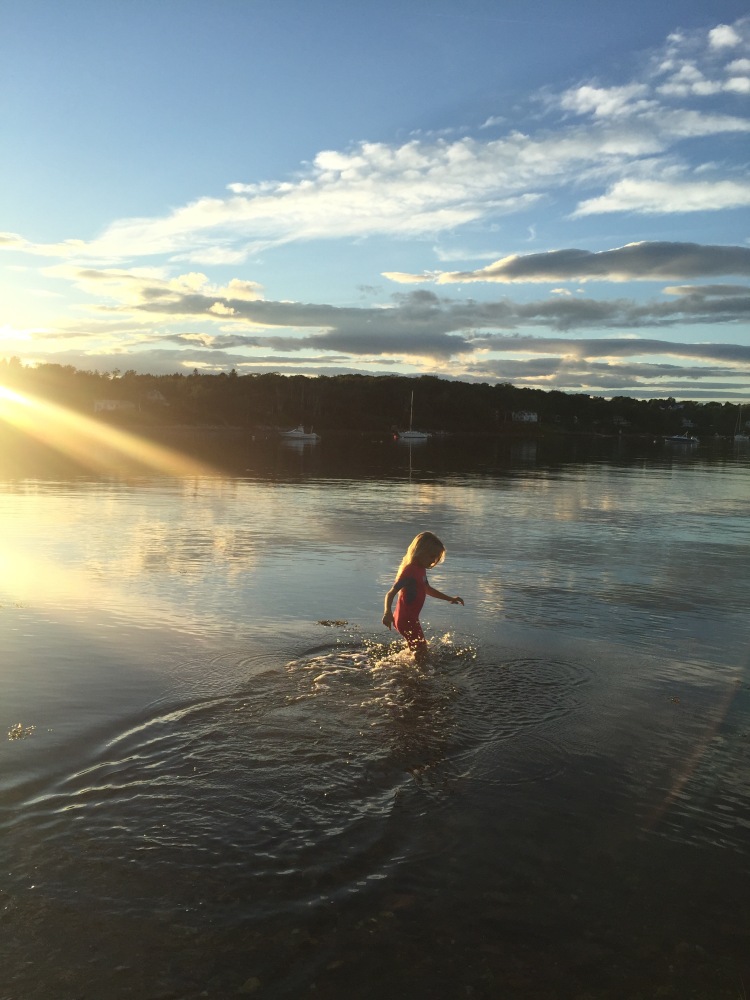 4 thoughts on “I Am Water, I Am Sunlight”