She pointed out that it usually has a negative connotation. Typically, we say it in a dismissive way to people when they clearly don’t like whatever it is.

“It is what it is” becomes synonymous with “Deal with it.”

We can’t change what It is…and we don’t like it, not one bit.

Her point was, what would happen if we took everything in, without judgement – without qualifying it as good or bad….but rather just as what Is. 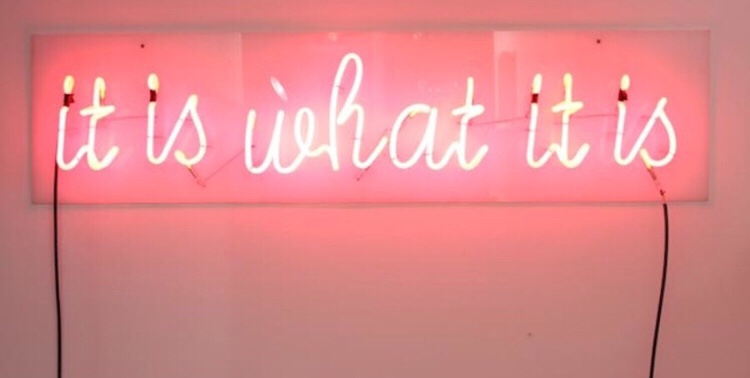 Maybe we could learn to accept what is with more grace.

What if, instead of it being a statement of resigned defeat, we approach “what it is” with curiosity….or even levity?

What if “it is what it is” was just an observation?

There is no doubt that we would all live happier lives if we are able to do just that – to welcome whatever it is with grace.

It is what it is, after all. What’s the point in begrudging it?

If you think about it, we have a myriad opportunities every day in which to practice our ability to remain unruffled by what is (versus what we expected or what we wanted).

Today is a perfect example of this for much of the East coast. It is well into March…the first day of spring a mere week away, and yet we are being hammered by a storm bringing a with it the potential of a foot or more of snow. School is cancelled, appointments are cancelled, flights are cancelled. People are making adjustments all over New England….adjustments in plans, and adjustments in hopes of milder weather.

We can either gripe about this completely unavoidable inconvenience – about this far deviation from the direction of daffodils and birdsong – or we can embrace the opportunity to spend some time with our families, or perhaps with a good book.

It is what it is.

What will you make of it today? 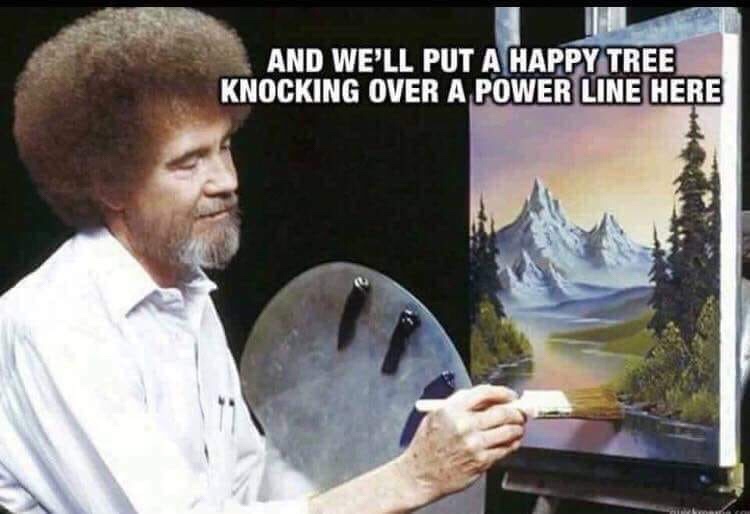 I do love writing these thoughtful, (hopefully) inspirational pieces…but I can’t let this one fly today without calling a bit of bullshit on myself.

First of all, my children have been sitting side by side next to each other on the couch with me this entire time. I could paint a rosy (or Ross-y?) picture of them drawing sweetly while I write – which would be partially true. Except I’d be leaving out the part where they were bugging the ever-loving shit out of each other – like the Olympics of annoyance – a championship match of the who-is-going-to-push-the-other-over-the-edge-first variety.

It is what it is!

Seriously, though…when “what it is” has been some life-altering events – the death of a loved one, or a poor health diagnosis, for example…it changes one’s perspective.

What may have once appeared as mountainous, reveals itself as a molehill.

Sure, there are times when small unexpected things have led to my unraveling…

Sometimes we simply cannot carry any more weight…even of the most infinitesimal amount or of the most ridiculous variety.  Who hasn’t found themselves bursting into tears over something so silly…knowing full well the little thing that happened was not the true impetus for the breakdown?

It was simply the straw that broke the camel’s back.

That being said, I think I for the most part I have learned not to allow the little things that “are what they are” to weigh on me…at least, not for long. If we overburden ourselves with a plethora of little upsets, where will we put the heavier things when they arise?

There would simply be no room.  We have to learn to weed them out…to not sweat the small stuff.

Must I carry this?

Is it temporary? {Are my kids eventually going to grow tired of mentally flicking each other on the ears? If I let this go…will peace ultimately be restored without me having to lose my shit over it?}

Will I need to carry this with me for a while?

Will I be carrying this forever?

Does “what it is” have the potential to fundamentally change me?

It is what it is.

Dipped In It is now available in store at @islandbooks @inkfishbooks @charterbooks @bsb_savoy @aesops01746 @millscreekmarket @bnmiddletown as well as online at Amazon and Barnes & Nobel. It can also be ordered by any independent book store if you request it. ❤️
Ever since I started writing about grief, I’ve received messages on social media from people who are grieving. Grieving in so many ways, and all so very deeply. Some are grieving recent losses, while others have been carrying them for many years. Loss knows no calendar.
Who has read DIPPED IN IT and might be willing to give a shout-out to @reesesbookclub about considering it for a book club pick?
Thank you @barnesandnobel for stocking DIPPED IN IT at your Middletown, RI location. @bnmiddletown I’ll be in next week to sign any available copies! ✨
I’m doing my first book signing event next week (Thursday the 5th 5:30-7:30pm @islandbooks)!
“Dipped In It” is now available at @millscreekmarket. Stop by and pick up your copy! Mills Creek Market is such a great gift shop! Everywhere you look there’s some kind of unique treasure. If you haven’t been there yet, I promise you’ll love it. If you’ve been there, you know!
Loading Comments...