I’ve had some technical difficulties lately.

About a week and a half ago I had some kind of virus, and during that time I had to drag myself out of bed one day to deal with a heating issue at work (we were closed, but it was a potential emergency given the freezing temperatures). The next day I woke up to discover I had no propane (despite being on automatically delivery), and it was 44 degrees in my house. The day after that, a pipe froze and I had to evacuate my house so my landlord could heat the crawl space beneath the house with a heater which emits toxic fumes.

This week we had a “bomb cyclone” storm that dumped about a foot of snow at my house, and I realized that I had to find someone to plow my street. It’s a private road, therefore the municipal plows won’t do it.  Usually one of my neighbors coordinates the plow, and I offer her some money. This time she was away, which I didn’t realize until I woke up and saw that my street was completely untouched.

The girls and I didn’t have anywhere to be (school and work were cancelled) but I did get a call from the propane delivery company, saying they could not get to my house. Having run out the week before, I knew I didn’t want to risk that again. Also, I worried about having to get out in an emergency, and that in an emergency, we would be hard to get to, as well.

It was surprisingly difficult to get someone to plow. No one seemed to want the challenge of plowing a road they’d never seen before (therefore not knowing where the road ends and yards begin).

Finally I had someone agree to come and look at it. Seeing the street, he said he should charge me $500 to plow it. When that was met with a shocked silence, he told me he could see I was in a pinch, and that he would do it for $300.

I had just a moment to decide whether to say yes to this offer, or to risk not being able to find someone else to come (it was 3pm, I had been trying all day). I said fine, and I watched as it took him all of ten minutes to plow the street. When he came to the door, he admitted it was easier than he thought, and offered to charge me $250.  I paid him, all the while wondering if the initial suggestion of $500 was a strategy to make me feel as though I had gotten a deal.

(I didn’t feel as though I had gotten a deal).

Next, I had to shovel my walk (I know, cue the violin). When I was done with that, I realized I had to shovel a path around the side of my house for the propane delivery, and to be able to get my trash and recycling bins out.  All the while, I was cursing.

It was all too much – this being responsible for everything. This being-the-single-head-of-the-household business.

Suddenly, my head was filled with Bonnie Tyler’s voice singing, “I need a hero!”

Do you know that song from the eighties classic “Footloose”? Seriously I had not heard or thought of that song in decades, and the fact that it popped into my head at the moment cracked me up.  I literally laughed out loud.

Then get your butt in the car and drive out to work to make sure everything is okay over there as well, before the temperature drops to -4 tonight.

Be a grown up.

So, anyway….to be honest I couldn’t remember whether the song was from Footloose or Top Gun, and I just had to look it up.

You need watch the video, because it is Amazing.

A few talking points before you view it….

I don’t know Bonnie personally, but I find it hard to believe that she would just drop to her knees, singing for a white knight, while her house is on fire (of course, it is a bit of a shit hole, so maybe she’s just counting on a good insurance payout so she can start fresh and put in that tub she always wanted).

If Bonnie’s house was really on fire, I would think her girlfriends would stop dancing and help her put the fire out, wouldn’t they?

Did they have glow in the dark lassos in the Olden Days?

Are those men in black playing duck-duck-goose with Bonnie?

I don’t understand…who is flying?

Do you mean to tell me that the guy in the white scared away those three other dudes?

Were the men in black armed only with their glow in the dark lassos? Even so…really? The white gloves…they were scary?

I am pretty sure Bonnie could have kicked all their asses herself. She probably wouldn’t have even messed up her hair (all that hair spray would be admittedly hard to disrupt – and where did she get all that product, by the way?).

Who looked at Bonnie Tyler and thought – Old Timey Western? 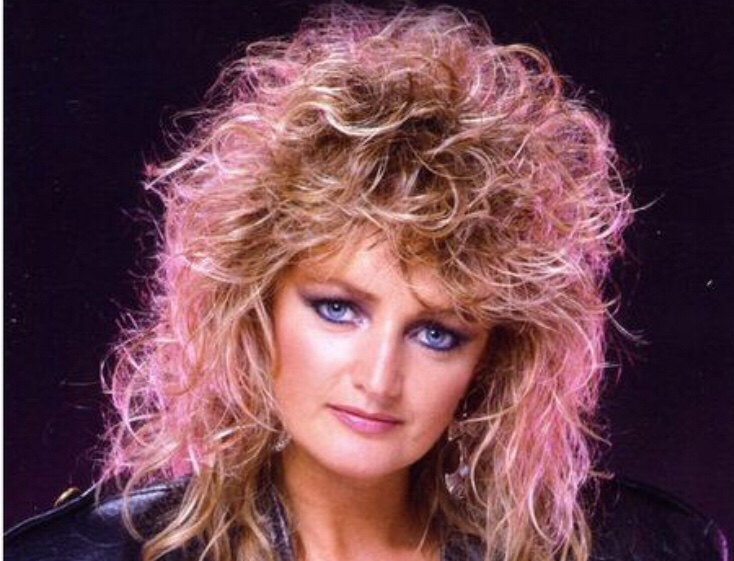 Finally, my last question (for now?) – Is the Grand Canyon a good place to find available men? Why didn’t anyone tell me?

Please don’t leave me alone to ponder these burning questions.

Sometimes I just need to retreat into my nest, and let myself feel the weight of sadness. It feels indulgent...to fully welcome the shadow side of me. Not only letting it in but allowing it to soak me through. The shadows must to be honored too. “The shadow proves the light.” #dippedinit #honortheshadow #nest #grief #loss #sadness #feelthefeelings
Dear Dad, Today I drove past the place where you died. I didn’t mean to do it. Following navigation to a place I’d never been, I didn’t realize until I was there, in front of the hospital. In that instant of recognition, I felt trapped. As the tears welled in my eyes I tried to push them down. It’s just a sunny Sunday morning. No one has to die today. I know you aren’t there anymore—if you ever were at all. Mom said you were already gone when they took you away in the ambulance. Still, I spent nine nights sleeping beside you in the reclining chair. Always hoping that in the morning when I opened my eyes, so would you. When your eyes did flicker open, I thought my own heart would burst from happiness. Until I saw the vacancy of your stare. In that moment I felt myself break into a million pieces. Parts of me scattered all over the floor of your room. Perhaps some are still there...under the recliner. #dad #loss #grief #dippedinit #grievingdaughter #threeyears #stillfreshsometimes
I am a terrible house painter. I am distractible and messy, impatient and seemingly unable to follow a logical progression from one side of the room to another. I’m all over the place. I was painting my daughter’s bedroom yesterday and had help from both girls at the start of the project (until they lost interest which may or my not be related to the rest of this story). I found myself giving an annoying amount of reminders and corrections...be careful not to drip, watch the floor, don’t put too much paint on the roller or it will splatter...meanwhile I am dripping literally EVERYWHERE. I even managed to pour a significant amount of paint (like...a LOT) all over my own hand and sleeve trying some kind of twist/wine pour maneuver with a gallon of paint. I mean...any bystander watching ME giving painting tips would have howled with laughter or at the very least had a massively raised eyebrow. I thought to myself...I am terrible at this, so why do I feel the need to be so critical and uptight about how THEY are doing it? Which got me thinking—I wonder how often it happens that we are most critical of others in areas in which we ourselves feel deficient? What is that? I know I’m doing it wrong so I have to point out that YOU are doing it wrong too? But I’m not going to admit I’m doing it wrong. You see here by telling you how to do it, I’m showing you that I actually KNOW HOW TO DO IT. I am just CHOOSING not to do it that right way. By choice. Ah, humans are funny. #dippedinit #painting #messy #youredoingitwrong #fullyhuman
A MOTHER A mother, sitting on the couch, her warm hands clutch the book she’s reading. She pauses. As she thinks, her eyes hide emotion like a curtain hides a lit window in the dead of night. Her hair pinned up like a noble princess. Always standing tall even when sadness overwhelms her. Always helping people even when others don’t. Always remembering what she sees so she may tell it another day. Her mind filled with knowledge collected over the years. Her body strong, she has learned how to take things as they come and never give up. Her eyes observe all, see all, know all. She resumes reading. (written by my daughter, Beau, age 13, and shared with permission ❤️) ~~~~~ 1) May I forever strive to be the person she sees when she looks at me. 2) I think she may publish before I do. #dippedinit #mother #daughter #love
I feel I have gotten to this place of finding a home within myself. But...not to where I am completely confident I will not lose myself again within a relationship. I know this is a place of fear and resistance for me. I have always poured myself out at the feet of the one I love. Can I share from my replenished well, without having the experience of once again becoming hollow—of watching as all that I am is slowly absorbed into the floor at his feet? Do those who love wholeheartedly ever really learn to share themselves without pouring themselves out completely? #dippedinit #yungpueblo #yungpuebloagain #sowise #buildahomewithin #relationships #divorce #secondchance #bebrave
#brianandreas #storypeople #beautiful
%d bloggers like this: