Perhaps a bit too eagerly, I pulled the 2017 calendar off of the wall last week. I took it down and threw it into the recycling bin. Good riddance 2017.

A few minutes later, I circled back into the kitchen and I fished it back out again. For whatever reason, I had to take one last look at it – at this terrible train wreck of a year –  a year that began with a death and ended with a fight for life.

Before I could relegate that collection of pages to be recycled…to becoming something else entirely (how’s that for a metaphor?), I needed to see it one more time – my year in review.

Bracing myself, I opened up the calendar to January, and to my surprise I found a completely blank page. 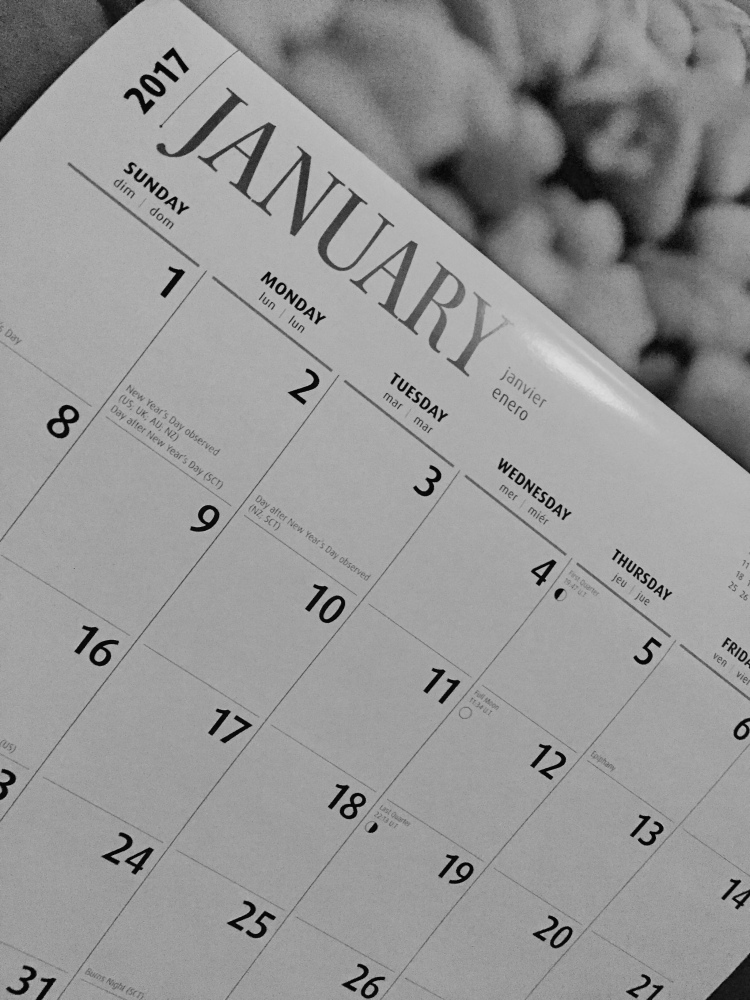 February was blank as well.

It was as if time stood still for those two months…as if nothing happened, or nothing that happened mattered.

The living resumed in March…and from the looks of it – I made sure I lived.

Yes, there were doctor’s appointments, school obligations, and other such reminders, but also…

I flew to Georgia, Virginia, Florida and California.

I made two trips to the theatre.

I took two trips to Maine, including our infamous island adventure.

I visited Cape May, New Jersey with my mother for the first time in many years.

I spent more days than I ever have during one year, at my favorite place – Miskiania.

I celebrated the fiftieth wedding anniversary of two of my favorite people.

Twice I looked on as people I love vowed to love one another in sickness and in health.

I put on two festivals at my school.

I took my faculty out for a holiday dinner.

I threw myself a birthday party.

These are the events of which I was reminded as I flipped through the pages. So many good memories of happy moments, events, or days, sprinkled throughout an incredibly challenging year.

However, these events scrawled throughout the calendar aren’t really what I’d like to take away from my review of 2017.  What isn’t written there in rainbow Sharpies is all that I learned.

I learned so much – about myself especially, but also about others. Tragedies, and what happens in their midst and in their wake, are illuminating in so many ways.

I learned that emotion and self expression are not indicative of weakness, but rather of incredible strength. Nothing requires such a summoning of strength as does complete vulnerability and honesty.

To say here I am…and here is what is really on my mind, and in my heart.

I learned not to be afraid to share from the deepest parts of me – because that is where we truly connect as human beings.

We all have those dark and tender places within us.

You’ll laugh when I tell you that 2017 in true relentless fashion, is wrapping things up for me with a nice little flu virus this New Year’s Eve.

Oh 2017, I wouldn’t expect anything less from you, Sweetheart…but just know that you didn’t beat me. All you did was show me that I can handle more than I ever imagined I could.

Which leaves me with my greatest accomplishment of 2017. 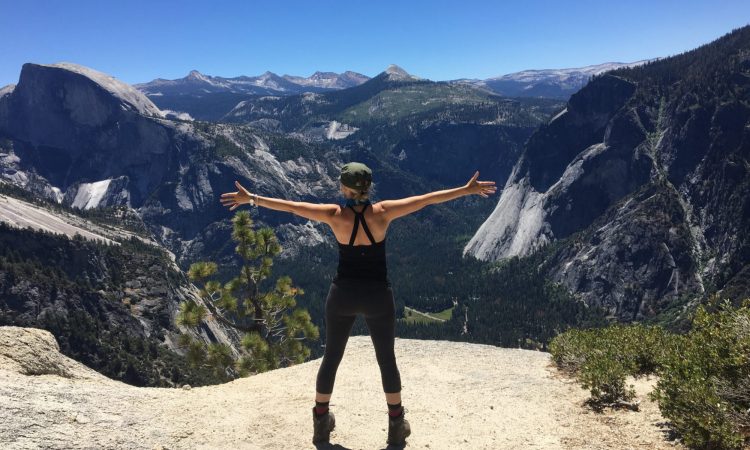 See you next year.

@barringtonbooks ❤️
Last night I was at the most raucous party. Or at least it must have sounded that way to any passers by. I imagine the crescendo of laughter spilling out through the screen doors into the night air.
While we most often associate the word GRIEF with the loss of a person, grief is more expansive than this.
I can’t think of a better compliment than to be compared to @glennondoyle. Every time I hear it, I gush. Because to me she is the ultimate role model in recognizing honesty and vulnerability as super powers. At revealing her truth in a way that simultaneously makes us weep and laugh, as we see ourselves being revealed right along with her.
Shout to this amazing kid, who designed the cover of a bestselling book at the age of 15! I keep telling her this cover is what draws people IN. She nailed it. Right?
I think it is fair to say that most of us have been feeling the heaviness of our current reality. Then, we woke up this morning—on the 20th anniversary of 9/11. We collectively feel the next layer of the weighted blanket being placed upon our chests.
Loading Comments...