John Pavlovitz wrote an article about his father’s death in which he described grief as a chronic illness. When I read that, it resonated with me strongly. I don’t believe I will ever fully heal from losing my father.

That being said, I had gotten to the point where I had done much of the heavy emotional lifting of grieving. I was beginning to feel balanced again.

Then, another personal crisis hit, and something unexpected happened.  At least, it was unexpected to me. Actually, I feel a bit foolish that it took me so long to put my finger on it, but I have a feeling that anyone who has lost someone significant in their lives will not be surprised by what I’m about to say.

There I was trying to process this new situation (aka the Elephant). It is very upsetting in and of itself, but then…the grief from losing my dad suddenly became raw all over again. I found myself crying daily about missing my father, on top of my grief over what lay ahead with this beast.

I was really hard on myself about this – about backsliding during a time when I needed to be strong. I couldn’t afford myself the time nor the energy to go back to the beginning of the grieving process.

Is this, perhaps, the sixth stage of grief?

Whenever we find ourselves in a period of crisis or (I would imagine) anytime something of particular significance happens (good or bad), it occurs to me that the grief wound must open up all over again.

We grieve once more, over not having that person here to help us carry our burdens during difficult times, nor to rejoice with us during the happy ones…

Births, deaths, weddings, divorce, graduations…proud moments and disappointments alike. Anything which stirs our emotions, anything which we mark as important – we will always wish we were sharing it with the one we’ve lost.

I do believe there is something beyond this physical life. So, it brings me comfort to feel as though my father is supporting us in some way during the difficult times, and that he is somehow witnessing the beautiful moments with us as well, but…

I’d give just about anything to feel his arm draped across my shoulders, and to hear his voice telling me everything is going to be okay. 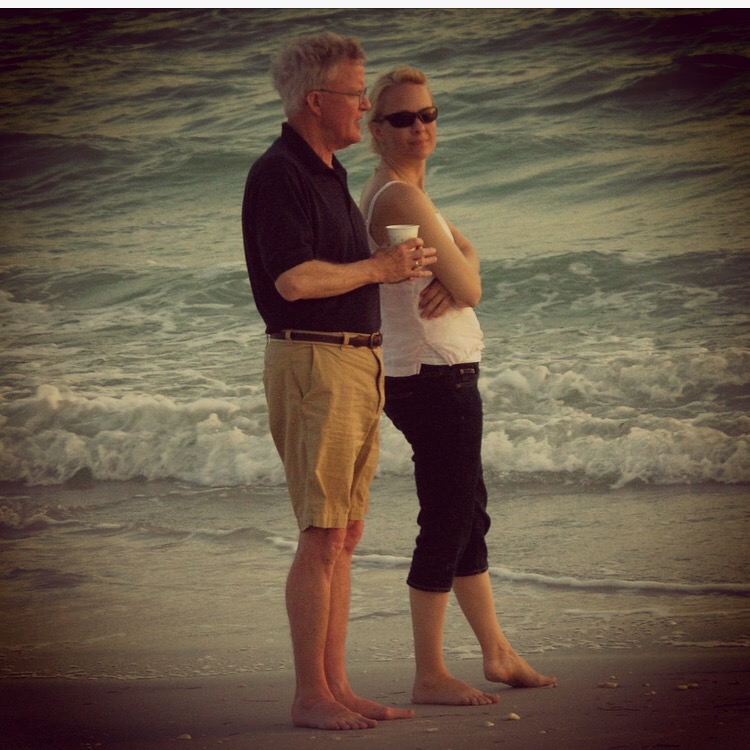