I had situation at work, about fifteen years ago, which was fascinating to me in terms of perception. I had never before been so misunderstood, and so unaware of how I was being read.

I was the manager of a business. I had a colleague with whom I was not particularly close, but I was genuinely shocked to come into work one day to find she had left me a four page letter, chronicling everything I had done to wrong her throughout our time working together.

For example…once on a lunch break, I had commented on the delicious looking leftover dinner she brought for lunch. I lived alone and hated to cook, so I was honestly jealous of the meals she and her husband prepared every night. She often had seemingly gourmet lunches. She would warm them up in the microwave at work.  I usually had soup or sandwich from the local deli. In the letter she told me she was offended by my comment because she had felt that I was being condescending with my remark, because she couldn’t afford to go out a buy lunch every day like I did. She also knew that I thought microwaves were not good for us, so she felt that I was being insincere in complimenting her microwaved meal.

In another situation she had written about, I genuinely thought that we had shared an inside joke. We had exchanged a look, and it was one of those situations in which I thought we were “on the same page” – thinking the same (funny) thing.  As it turned out, she had experienced the same exact moment in a completely different way. She actually thought I had been mocking her.

I believe she listed at least three or four more instances in which I had upset her, completely unbeknownst to me. She had never said a word until this letter. She had obviously reached her limit, and had put a great deal of time and thought into chronicling it all.

After sitting there shocked for a few minutes, I scanned the letter and sent it to my boss. I wanted his honest opinion on how to proceed. He responded, “Wow. Well, I trust you to handle it.” He was not about to get involved!

The woman had assumed that she would be fired, after having written a lengthy list of gripes about me. Honestly, more than anything I just wanted to understand how we could have been there, experiencing the exact same moments in time, and could walk away with completely different perceptions of what had transpired between us. I was bewildered, eager to explain, and honestly, so very curious.

So I called her into my office and we talked…for two hours. Once we actually sat down and talked about each incident, it was amazingly cathartic. Ultimately we laughed, and cried, and hugged. In the end I think we both walked away changed by the conversation.

We came to understand two things –

Rather than keeping a running inventory of things someone has done or said that hurt or offend you, ask them what they meant, or tell them how it came across to you. You may find that you completely misunderstood the other person – OR the person might learn that their communication style needs some work. If you’re up for it, you might be in a position to help.

Second, your perception of a person can literally change how you take in their words and actions. (This is an actual scientific fact, I’ve since looked it up). If you dislike someone, or assume that they dislike you, you are WAY more likely to misconstrue things they say or do. So, we must be careful that we are not merely creating our reality out of our expectations. 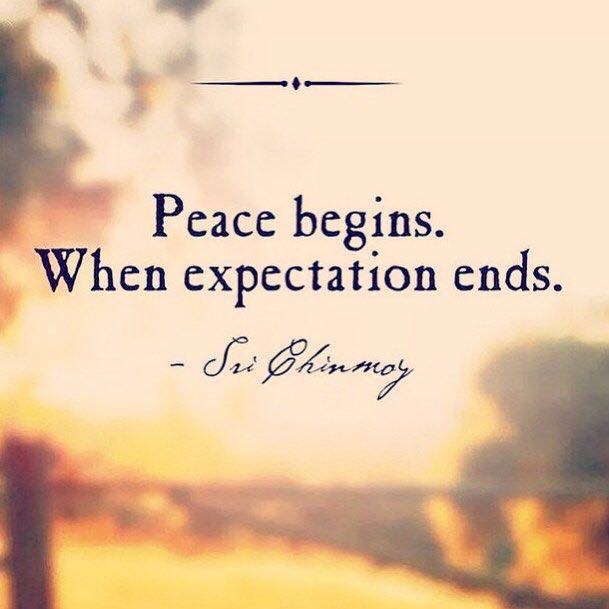 It takes practice and an open mind to recast someone from villain to ally.

This poor woman carried around so much resentment toward me that could have been healed with open communication…and ultimately, it was.

What has led me to recount this story today? Well, sometimes lessons repeat themselves, don’t they? Sometimes they get flipped on their heads to make sure we were paying attention from all angles.

There is someone I need to speak with about (my perception of) her words and actions which have hurt me. Instead, I’ve been avoiding her.

Reflecting on this story, I realize I need to be direct, and give her the opportunity to explain where she was coming from…for both of our sakes.

Perhaps she has been mis-cast.

You guys it starts with the leopard shoes, and the next thing you know you are wearing leather leggings. 🤷‍♀️ #firstdressingroomselfie #leather #leggins #dippedinit #whoisshe #beausaysbuythem
This photo came up on my Facebook memories today—from six years ago. My ex and I had separated just a few months prior. My girls were four and seven, and their world had just been rocked. My friend’s eight year old son joined the girls and I at Crazy Burger on this night. Just him. At some point during the conversation he referred to something “at my dad’s house...” and my older daughter LIT UP. “Do you mean YOUR parents live separate too?!?” He just shrugged and said, “Well, yah!” like it was no biggie. But it was. To her, it was. I realized my girls thought they were all alone in this situation. That no other kids knew what it was like to have parents who “live separate.” It was a huge relief to her that SOMEONE ELSE KNOWS HOW WE FEEL. Someone else has gone through exactly this thing. I think about it every time this photo pops up, because it reminds me that no matter how old we are or what our painful experiences may be—knowing that we are not alone in them is a salve like no other. We are not alone. #neveralone #dippedinit #grief #community #love #divorce #childrenofdivorce #singlemother #weareinthistogether #crazyburger
These are so not me. That’s what I said to myself as I picked up these shoes yesterday and slipped them onto my feet in a department store. But...I LOVE THEM. I think maybe every once in a while we need to be a little brave and dare to re-examine what it means to be “us”. Sometimes it just starts with shoes. #dippedinit #shoes #leopard #newme #brave #asskickers #luckybrand
Great show last night @ryanmontbleau 🙌🏻
Can something be Subtle AF? Seems like an oxymoron to me. I’d rather be Inspired AF anyway. Definitely not Pensive AF. #dippedinit #AF #benjaminmoore #inspired #subtle #pensive
With all of the emotions we are capable of feeling, I would make the case that the most wonderful of all is actually contentment. It’s not flashy nor fiery, but...do you ever have the experience—while engaging in the most simple, everyday task—of being overcome with a feeling of true contentment? Perhaps while just reaching for your coffee in the morning, you are suddenly and unexpectedly awash with the feeling that life—right here, right now—is just so lovely? Knowing that although I hustle, I aspire, I reach...if things were to remain exactly as they are...I am truly, humbly, fully dipped in it. This is a gift. Contentment. #gratitude #dippedinit #contentment #simplethings #somethinggood
%d bloggers like this: